The screening will select 10 short films made by children in mainland China. These films were produced by the film-making workshops of Beijing Film Festival for Youth Welfare and film clubs in primary and secondary schools in different provinces. The children themselves serve as directors, writers, photographers and complete post-production.
These films show how children get the chance to self-empowerment, take self-initiated actions, and practice responsibility through artistic creation. The collaborative process of film-making also allows them to speak about themselves, sharing what excites them, what worries them and what surrounds them.

Here is the synopses of the ten films screened:
1. Don’t Play “Chicken Dinner” Anymore（2018）
A boy was addicted to the “chicken dinner” game, but one day he came to realize that…
2. I Am A Cat (2020)
I woke up and found that I had become a cat…
3. Lost (2015)
A girl missed the last spaceship to leave the earth. Was the disaster a dream or a cruel reality?
4. Intelligence Agency N (2021)
Somewhere in the world, an agency called Intelligence N was on a secret mission. Their action was to protect the secret of the girl in the classroom—- her menstrual blood was leaking down her pants…..
5. Time Management Master (2021)
In a society with a strict time management system, being able to manage time well becomes the necessary ability to succeed. But who defines how time should really be used?
6. A Bad Child (2020)
A recognized bad child, what secret is hidden behind her?
7. Paper Crane (2021)
He is boring and often wears a cap. He longed to fit in with the group. Unexpectedly becoming an internet celebrity brought him a brief moment of happiness. But the ensuing exposure of his    identity became the trigger for his breakdown…
8. Mirror (2021)
Have you ever seen school bullying? I have.
9. The Silent (2020)
One day, Chen Zimo entered the new class, she thought that the new and smooth school life was about to begin, but a small matter provoked dissatisfaction of the school bullies…
10. Sea Turtles Go Home (2020)
Due to the destruction of the natural ecology by humans, returning to the sea is now the biggest problem facing sea turtles…
Past Event.
Feedback Form 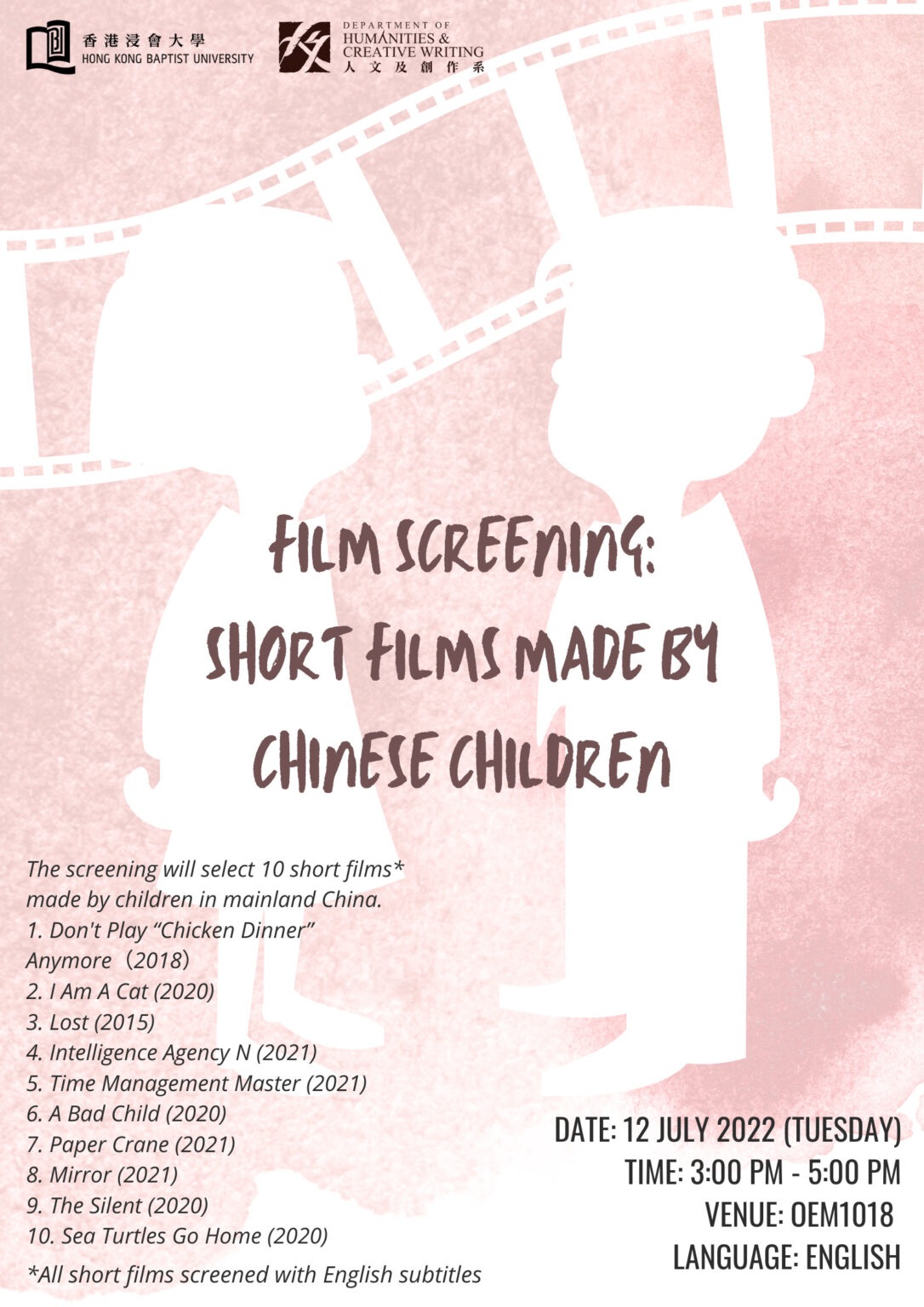