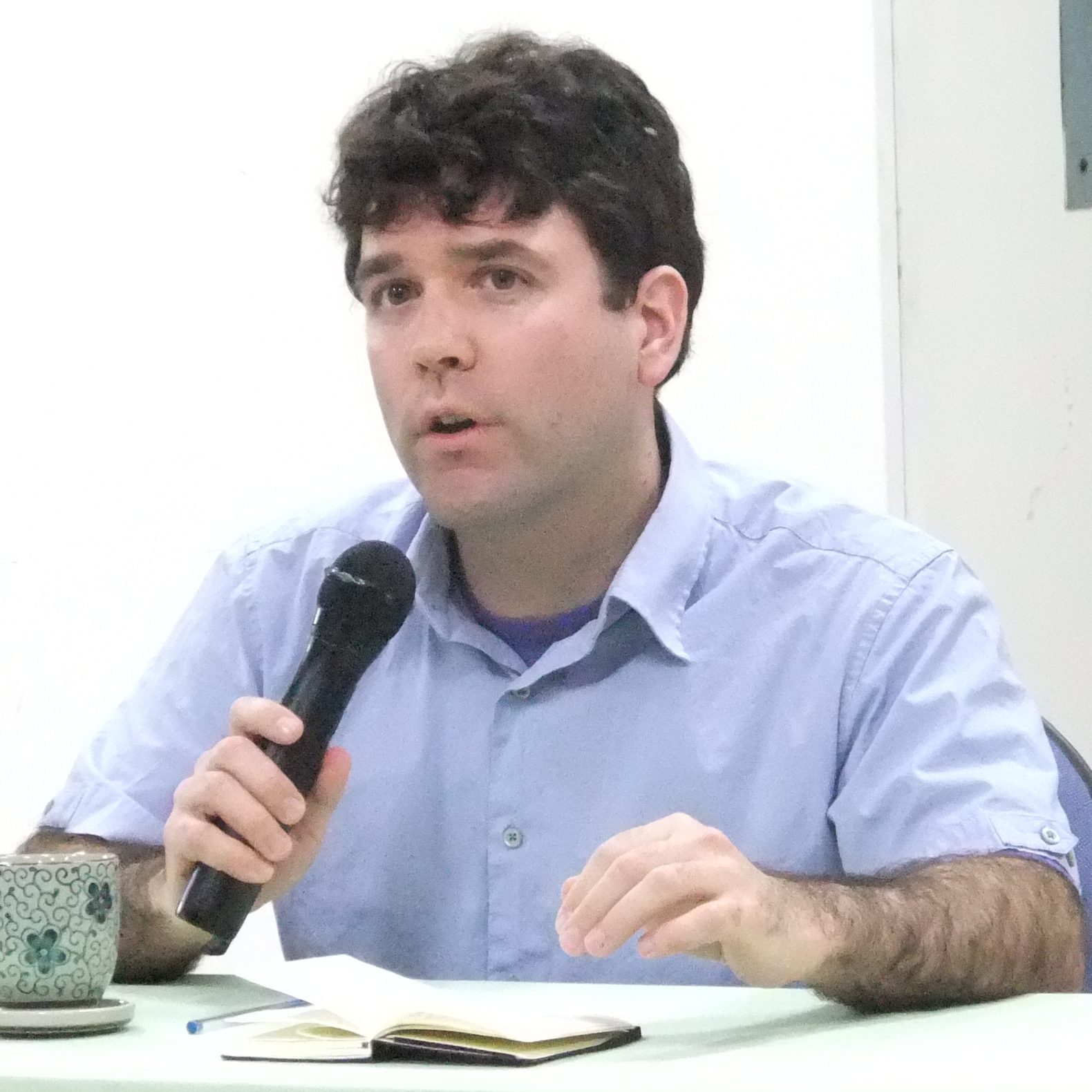 James Shea (MFA, University of Iowa; BA summa cum laude, Loyola University Chicago) is the author of The Lost Novel (Fence Books, 2014), Star in the Eye (Fence Books, 2008; 2017), and the chapbook Air and Water Show (Convulsive Editions, 2013). The Lost Novel was named as a “Book of 2015” by The Volta, and Star in the Eye was selected for the Poetry Society of America’s New American Poets series. His poems have appeared in various publications, including Boston Review, Colorado Review, Denver Quarterly, jubilat, and The New Census: An Anthology of Contemporary American Poetry. His translations of Japanese and Chinese poetry have appeared in Circumference, Gin’yu, The Image Hunter (2016), and The Iowa Review. Formerly an Assistant Professor in the Department of English at Nebraska Wesleyan University, he received a Fulbright Scholar Grant for Hong Kong, where he taught for the Department of Humanities and Creative Writing from 2013-2014. He has also taught for the University of Chicago, Columbia College Chicago’s MFA Program in Poetry, DePaul University, and as a poet-in-residence in the Chicago public schools, where he received The Poetry Center of Chicago’s Gwendolyn Brooks Award for Excellence in Teaching. In addition to serving as the Associate Director of the International Writers’ Workshop, he is the Poetry Reviews Editor for the Hong Kong Review of Books and an advisor to the Hong Kong International Literary Festival.